Honourable Member, Councillors, Ladies and Gentlemen, It is said that procrastination is the thief of time. Consider then that my time has been well stolen. When I first attended an AGM of this august society, I was in my late 30’s and felt very much on the lower eschelons of attendees at that meeting. I never envisaged standing before you, delivering a Chairman’s report with a virtually captive audience in front of me. But DID I procrastinate about writing this report. It was only the fact that by 2.00 pm this afternoon I thought that it was NOW OR NEVER that led me to the typeface.

What has led to my being here as Acting Chairman?

A whole catalogue of mishaps, illness and death in fact. The last committee elected had no idea that some of them would have serious illnesses during the following year or that the stalwart Len Bull would die so suddenly. All this and other happenings meant that last year there was no AGM. Not many of you can have seen that as a major problem in your lives as no-one even murmured about it.

In September of last year, Harry felt he could no longer carry on and the committee had a dilemma. Perhaps our organisation could merge with the Finchley Society?

Maybe it should close altogether? Then someone had a different idea and I have no clue as to who the person was who suggested approaching MOI.

Instinctively I said NO, protecting my free time and then I thought…WHY NOT. If I offer my services for 2 years, decisions can be made after that time as to whether there is still a role for a Resident’s Association in the area. You see, I believe that there is. I firmly believe that the community of Friern Barnet and Whetstone is like a large village in many ways and it is very important to keep it that way. If an active residents association can be a part of that, GOOD. We have councillors representing us, and I am delighted to see so many of them here tonight. However, whatever party our councillors represent, they cannot have an apolitical view and THAT is what I hope the RA’s have. When we tell our members that we can speak for them, hopefully we do it in their best interests with no political bias. I accept that there are cases where councillors from all parties agree, particularly in the case of the proposed development of the North London Business Park….11 storey blocks….do we really need 11 storey blocks with all the extra…traffic….schools…. doctors…the whole infrastructure bit? The mind boggles. Keep moaning, councillors. Be very sure that the FBWRA will. 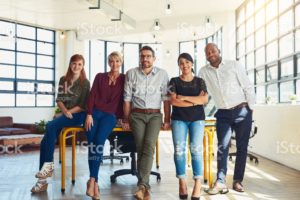 The FBWRA does its best to speak on behalf of residents and hopefully help to make the area a more pleasant place in which to live.

So what has the association done over the last year? Well, thanks to the amazing work of Robert Newton, it has kept in touch with all the proposed developments in our area and opposed those that were deemed to be excessive or overbearing. I have mentioned the NLBP but smaller proposals are also targeted. I think particularly of the proposal to build a very a small house on the site of a small garage which would have been extremely overbearing for all the properties that surrounded it. So far, with our support, this application has been refused.

We are members of the London Green Belt Council whose aims, as I am sure you must have guessed, are to maintain the Green Belt in its present form, prevent urban sprawl and protect the countryside from greedy developers. Sadly, as Robert has now resigned from the FBWRA ( and I do hope this had nothing to do with my advent, Robert), we need a committee member to be our representative on that Council. Very vital work it does too.

Robert was also our representative on FORAB….which I think stands for Federation of Resident’s Associations in Barnet and he was a great conduit of information. One woman or man can stand against a flood, one organisation can also do so but when many organisations stand together, they become much more powerful. And FORAB can be powerful. However, once again, a committee member is needed who is able to take on the role of being our FORAB representative. It is beginning to sound as if Robert Newton performed all the major tasks on our committee. Well, he did do an awful lot and we were all very sorry to see him leave as family life and an attempt at real retirement took over. Robert, we have missed you greatly and your boots will be hard to fill. Please accept this as a token of our esteem, admiration and thanks.

Loraine Patel did sterling work with our website but stood down from the committee during the year. We need to thank Loraine for all she did but also make a plea for a computer literate personage to offer to take over the running of our website. We are extremely grateful to Loraine for recently updating it. Bruce Standing also resigned during the year due to ill health. We are delighted that he is better and thank him for his work as our treasurer.. Loraine and Bruce, please accept these bottles as a small token of our gratitude.

Another matter we take a keen interest in is Friary Park and Richard Testar, from the Friends of Friary Park keeps us updated on all park related issues. You will have noted that the Park is our main item of interest this evening so I will say no more about it apart from thanking Richard for his work.

Ollie Natelson is a Coppetts Wood enthusiast and revels in the very natural woodland there. The association was pleased to donate £400 to help create a data base which would hold details of all the flora and fauna in the wood. We wait to read it. I have always been amazed by how quickly Ollie can identify even the tiniest plant… some which I consider to be weeds. Well done, Ollie.

When Harry decided he could not continue as Chairman he said that he would carry on producing the newsletters. Although not strictly a matter of reporting for 2015, I think you will agree with me that he does this expertly and with the help of Yvonne

Ruge and her merry team of deliverers, all the newsletters are delivered. There is another one nearly off the press so watch your letter boxes!!!!

Michael Harald is an exemplary secretary. He can condense 10 minutes of my prattling into a sentence. Brilliant. One couldn’t ask for a better or more efficient secretary.

Similarly, David Thompson. I will begin to call him ”No sooner said than done Thompson”, as the speed with which he completes whatever task he has decided to pursue is phenomenal. He has largely taken over Robert Newton’s planning portfolio and it will not be long before our planners will tremble at the sight of his name. He was also assiduous at dealing with the accounts. …..and with chasing up old members….how good he has been can be measured by how many of you are here tonight. Many more and we would have had to hire a larger hall!!

We do have plans to increase our member ship and will shortly deliver a flyer to every house in our area inviting them to join the association. Apologies to those of you who already are members but with a mass delivery it is hard to remove the names of a few people.

What shall we do with an increased membership? Well, I am of the opinion that we ought to hold other meetings throughout the year which deal with matters that affect parts of our area.

Burglaries and car crime are problems in Oakleigh and Coppetts Ward, although our local police do their best to prevent it.. I think we should invite them to a meeting to discuss general crime prevention and security. Perhaps, just for the ladies, a self protection course wouldn’t go amiss.

Proposals for development at Pinkham Way are proving to be a nightmare for those living in the southern part of our area but do not be complacent.If there is a decision made at some time to place a waste disposal facility of any type on Pinkham Way, then a wrong wind will let all of you know where the smell is coming from and that is apart from the effect of noxious gases you cannot see. I would like there to be a meeting held that really enables us to understand what is going on there.

Other matters of local interest are always popping up and I would like to see the FBRWA at the forefront of bringing such matters to the attention of local people.

Finally, there is the Friern Barnet Show. I would LOVE that to be a part of the summer calendar in this area again. Don’t ask me HOW, just let me know that you agree and maybe some of us can get together and start moving on it. Adult fancy dress? My son Stephens tightrope walker friends? My mind is FULL of ideas.

Maybe too many ideas and I have held you captive for long enough.

Ladies and Gentlemen, here endeth the first Annual Report from Acting Chairman Kate. I hope you will accept it.

This is our home