David Thompson joined our Committee in the summer of 2015. He was elected Chairman at the AGM on 2nd May 2019.

David was born in Nottingham and spent most of his early years living in Hemel Hempstead, beforestudying geography and law at Cambridge University. He has lived in Friern Barnet since 1982 and is married to Carolyn, with two adult sons.

Now retired after a career in the law, his principal interests are the First World War, researching his family tree ( “full of surprises”-  in 1883 a  great- great grandfather was up before the magistrates’ court in Nottingham, charged with “furiously driving “a horse and trap- and was fined 10 shillings) , and bowling (he is an active member of the local Friary Park Bowling Club) .

David’s interest in the First World War developed after he inherited an album of photographs of his grandfather’s service in the Royal Field Artillery on the Western Front. His main focus is the 1919 peace celebrations, for which many towns and villages held special events and commissioned commemorative mugs.

As well as being responsible for the Association’s finances and membership, David monitors and makes submissions to the Council on planning applications and planning policies- such as the recently (2018)  adopted “North Finchley Town Centre Framework SPD”.

Tim joined the committee in 2017 and at a spritely 52 was the founder member of the youth branch of the committee! He is now our Treasurer, a role which he combines with that of Membership Secretary following his election at the AGM on 2nd May 2019.

Born in Victoria Maternity Hospital, raised in Whetstone, schooled at Queenswell & Ravenscroft and now living in Friern Barnet after a short spell in Herefordshire he is most definitely a local.

With a history of involvement in the local community starting in Scouting at All Saints Church, Whetstone at the age of 8 he has ~25 years service as Scout Leader, was a keen member of the charity Rotoract and more recently a 2012 Gamesmaker.

Working for Bibby Financial Services, an independent financial services partner to UK business, he specializes in providing support to businesses which are in need of extra help and guidance. Clients range in size from small businesses to large corporates. His national role takes him around the UK.

A family man, engaged to Eleanor, they have three children in their 20’s. When not distracted by the home life of DIY & decorating and community work Tim is an avid reader and likes to mooch in antique shops & Fairs.

Originally from West London, my husband, Michael, and I moved to Southgate in 1972.  After a move to St John’s Wood and a stint in New York, we realised, after 17 years, that life was better in North London. We have been residents of Whetstone since 2011 and attempt to keep an eye on matters specifically pertaining to Whetstone.

Together with a number of local residents, we formed Love Whetstone in 2015 to try and get more community focus on Whetstone following concerns about the impact the increasing number of closed premises on the High Road were having on local people. I joined the Committee in 2017 to increase the focus on the W part of  FBWRA.

I spent most of my working life in banking, capital markets and financial services. For 25 years I worked for JP Morgan, both in the City and New York, where as a managing director, I was responsible for Risk Management, including trading and credit risk.

I took early retirement to allow me to pursue a number of other interests – training as a literacy tutor and becoming a Trustee and then Chair of Trustees of Prader-Willi Syndrome Association.

My interests include gardening, the ballet and the theatre, good food and only good wine. 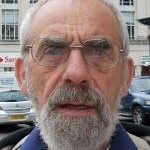 I have been involved in Friern Barnet issues since 1995.  From 2003 I have edited the Association’s Newsletter.  For a number of years I was the Chairman of the Association.  I was one of the Trustees in the founding of the Friern Barnet Community Library, acting as Treasurer for a couple of years.  In my working life I was an I.T. Communications manager in one of the University of London colleges, taking early retirement in 1999.  Brought up in NW3, I was the 5th of 6 children; went to a grammar school and studied Physics and Maths at University.

I’m a local product. My roots are all in Friern Barnet/North Finchley. My schools were Holmewood and Woodhouse before Bristol Uni (twice). I then worked 35 years in TEFL teaching, teacher training and management, frequently abroad, the final 15 back in the UK with the British Council Inspectorate. That overlapped with voluntary work here in Friern Barnet – Community Health Council (working group chair), 30+ years in Stroke Support, Care Homes Inspectorate lay assessor,  plus involvement with various local groups. And caring for both my parents.

(Active membership of numerous bodies has strengthened my conviction that the effectiveness of any committee is in inverse proportion to its size! Which probably explains my political independence.)

I joined the FBWRA Committee in 2016 as a nod to my father, Karl Ruge, former Liberal Councillor and FBWRA President. Don’t know much about planning matters, but organise the distribution of your newsletters, like to take the long view, and can be quite sensible.

Born in Muswell Hill, I was brought up in the old borough of Hornsey, a time I remember with great fondness. After grammar school I earned a B.Ed in Nottingham and my teaching career included Bruce Grove Junior School, where I failed to teach anything very much to pupils who would become some of the Broadwater Farm rioters in 1985. Yes, I could tell you a story or two!!!!

By then, I was married to Brian and our family moved from Haringey into Barnet. Once our children had grown a little, I returned to work at Coppetts Wood Primary School where I held a variety of posts until my retirement in 2005. I finished my career teaching Special Needs, which I really enjoyed.

Retirement allowed me a whole variety of activities. I joined the Incognito Theatre Club, was elected to be a local councillor, became a committee member of both the Barnet Multi Faith Forum and Barnet Women’s Interfaith Network and also became the secretary of my childhood church in Crouch End.

Once I lost my council seat, I became a trustee of Friern Barnet Community Library and, wait for it, the Chairman of Friern Barnet and Whetstone Residents’ Association. I stepped down from this role at the AGM on 2nd May 2019 and am delighted to continue working on the Committee. 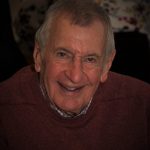 Richard was brought up in Friern Barnet and has continued to live locally since he married in 1970. He is very familiar with the area and has seen many changes take place.

He spent most of his working life in the Metropolitan Police, stationed in areas including Golders Green, Barnet, Hackney, Shoreditch, Heathrow Airport and Scotland Yard.  After he retired in 1999 he has been involved with local matters and is an active a member of 15th Finchley Scout Group Executive Committee.

He is also on the Committee of the Friern Barnet Local History Society in which he takes a keen interest.

Richard is a keen walker and cyclist and is an active member of a local gym. He is married to Marilyn who ran the Friern Barnet Day Centre for over ten years. They have two sons and four grandchildren.

He is our member with a special responsibility for Friary Park and is the Chairman of the Friends’ Group. They are the eyes and ears of Park users and they are swift to put pressure on the Council when maintenance standards fall short. This is an uphill struggle in these times of financial cutbacks.